“In the town itself, actually within sight of the house in which Charlie lived, there was an ENORMOUS CHOCOLATE FACTORY! Just imagine that! And it wasn't simply an ordinary enormous chocolate factory, either. It was the largest and most famous in the whole world!” Roald DAHL, CHARLIE AND THE CHOCOLATE FACTORY 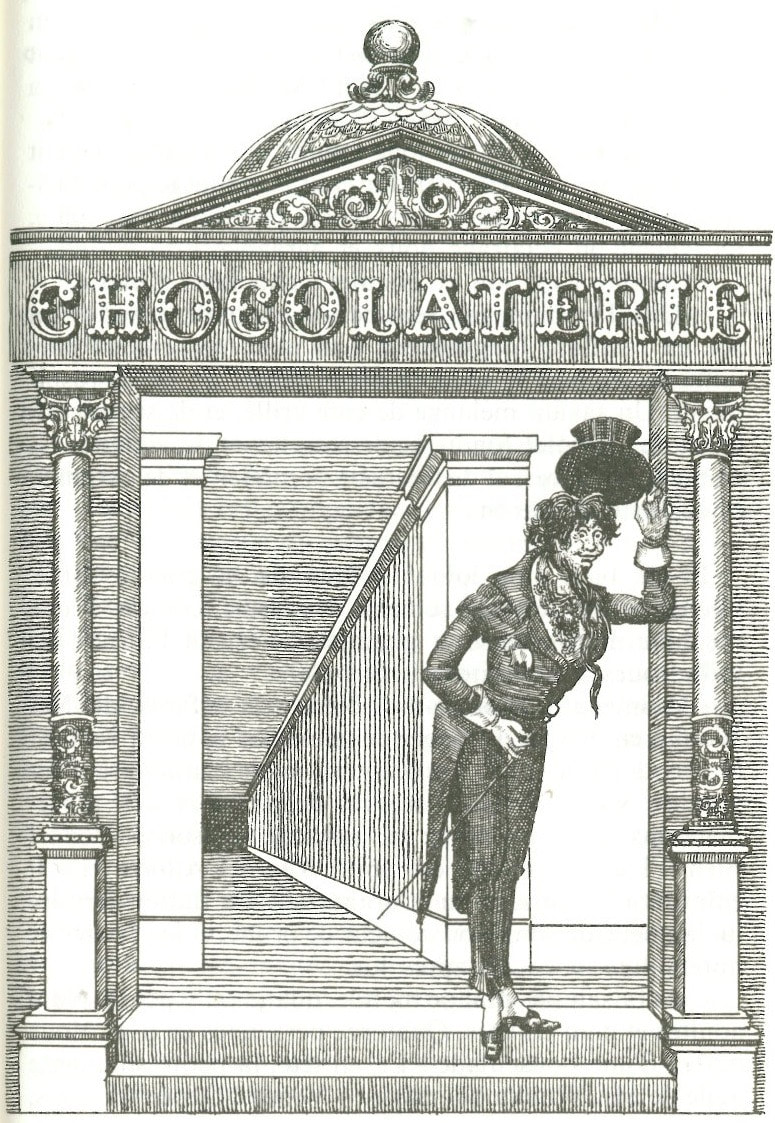 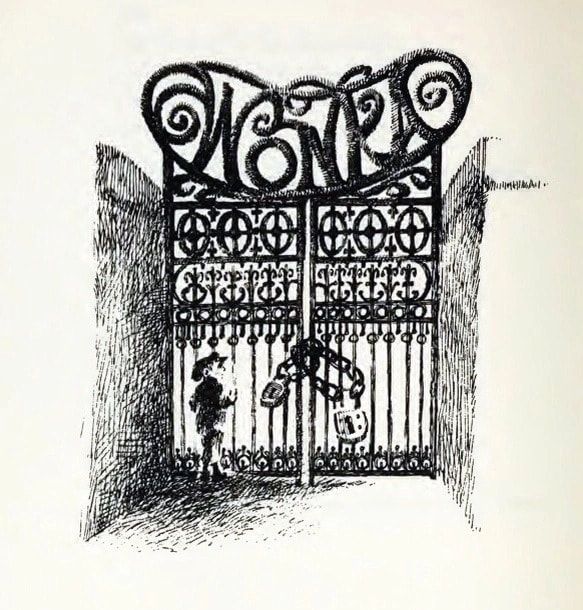 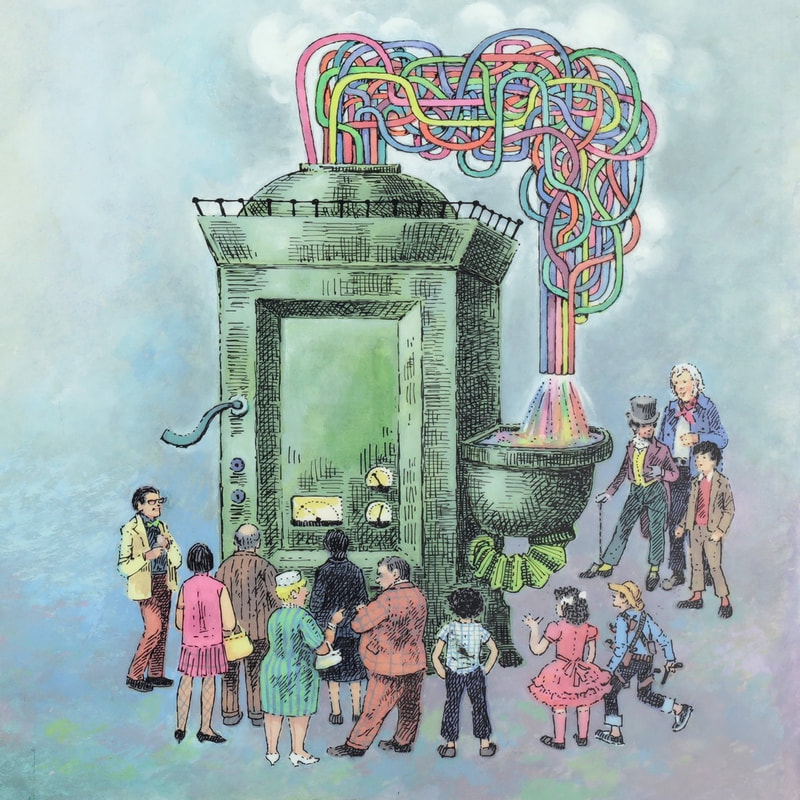 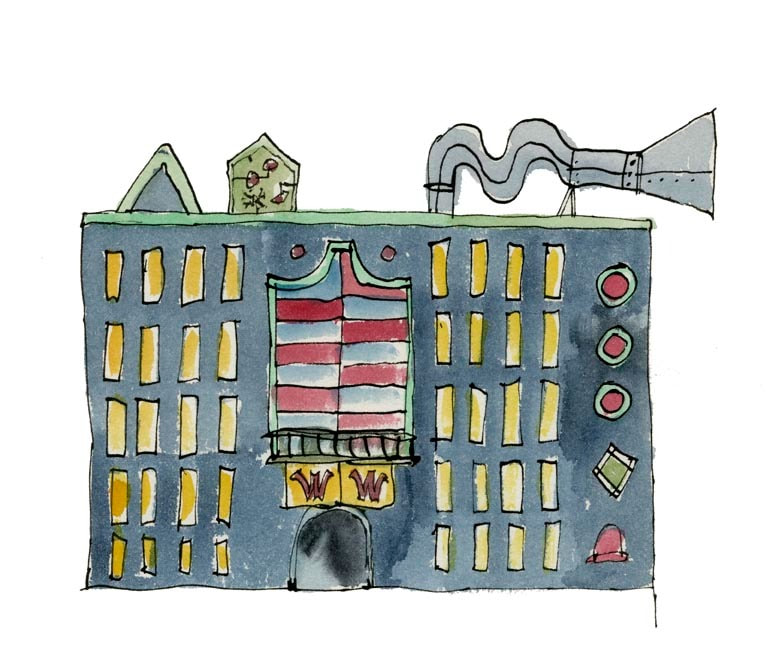 Illustrations for Charlie and the Chocolate Factory by Michel Simeon, Joseph Schindelman, Faith Jaques and Quentin Blake.
Charlie and the Chocolate Factory by Roald Dahl is an iconic book. It has been illustrated by many different artists since publication in 1964.
​ ACTIVITY
One of the challenges for illustrators of this book is that it contains multiple figures in busy scenes and built-up locations. This links with what follows ...

People and places - THE WORK OF L.S. Lowry 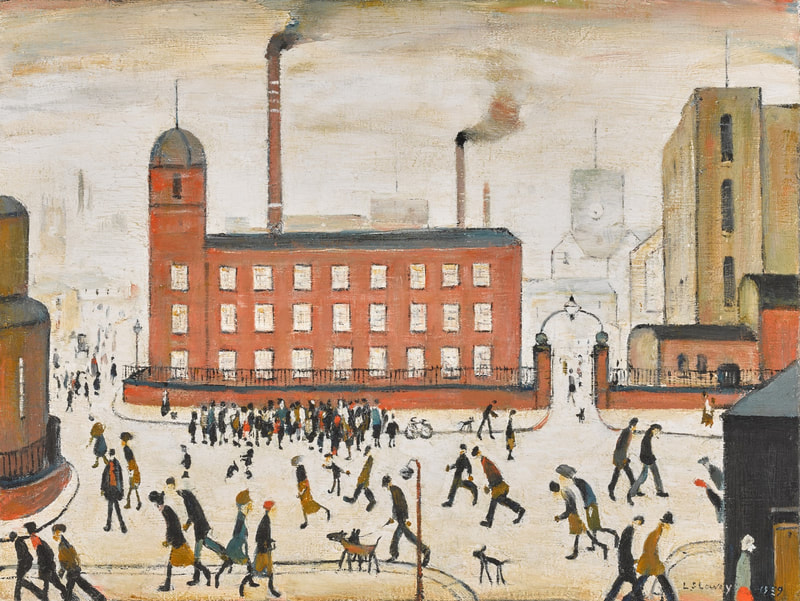 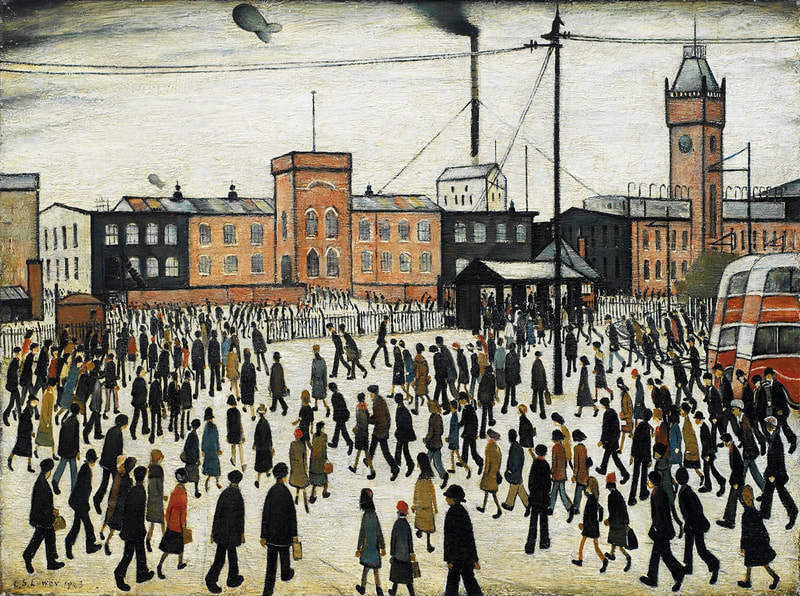 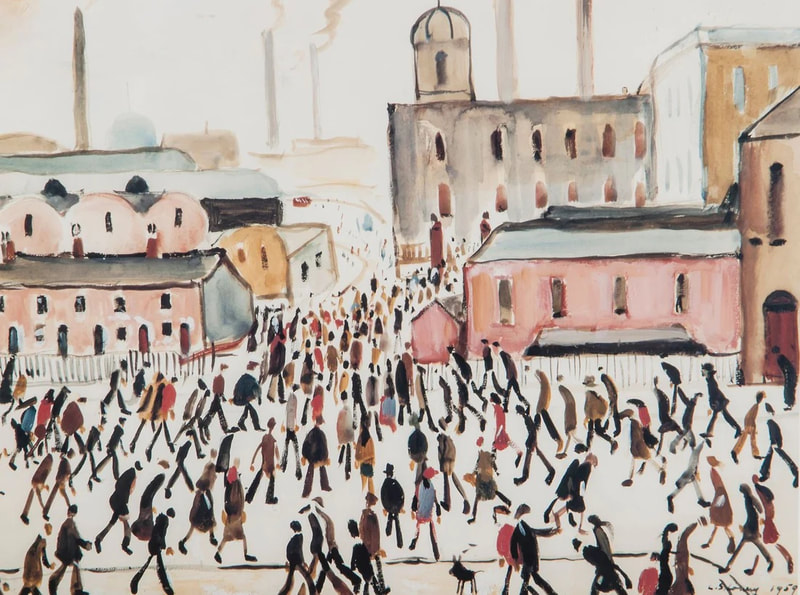 Laurence Stephen Lowry was an English artist, born in 1887. He is famous for painting scenes of life in the industrial districts of North West England in the mid-20th century. Lowry developed a distinctive style of painting human figures, often referred to as "matchstick men". Although he liked to say he painted only what he saw, he composed his paintings in his studio, working from memory, sketches, and imagination.

Lowry's use of simplified figures with no shadows led critics call him a naive painter. The word 'naive' means showing a lack of experience, wisdom, or judgement. However, in art this term can refer to artists that have not had a formal art education, or may deliberately choose to work in simplified ways. For the record, Lowry did take evening classes at Manchester School of Art. He was a well-known and successful artist towards the end of his lifetime.
​
ACTIVITY

Let's look at some other artists whose work has been described as Naive Art.  'Naive Art' is used to describe art that is simple, unaffected and unsophisticated. It usually refers to art made by artists who have had no formal art training. The examples below, from top left, are by Alfred Wallis, Fred Yates, Maud Lewis and Henri Rousseau. Of these four, Fred Yates was the only one to study art. (He studied in Bournemouth). Fred Yates was very influenced by Lowry and this can be seen in his similar use of figures. These are often in side profile with no shadow and have a strong sense of movement.​ 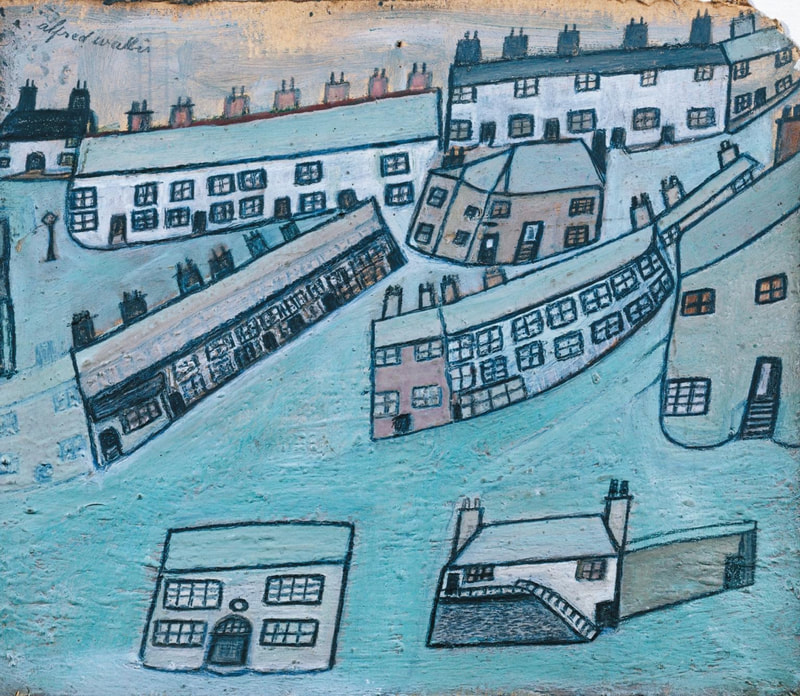 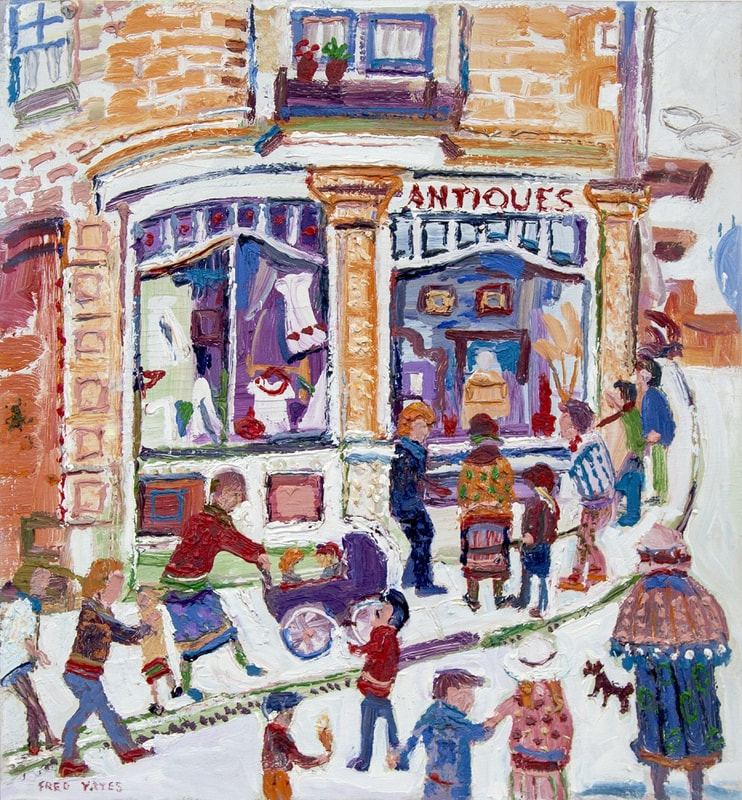 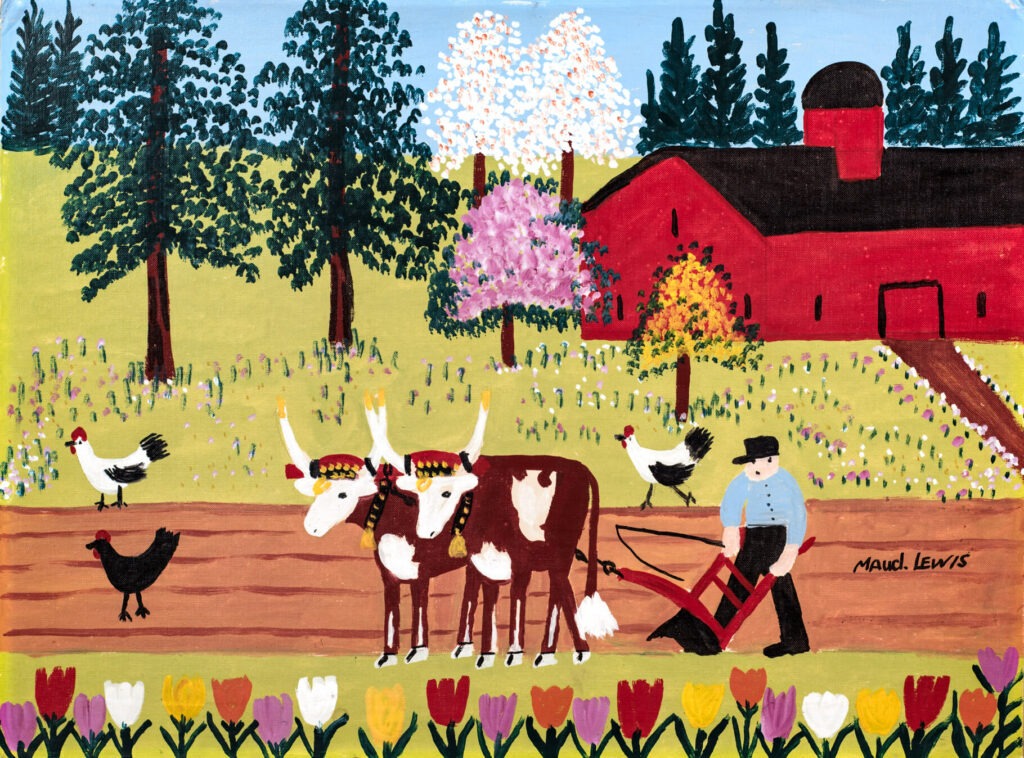 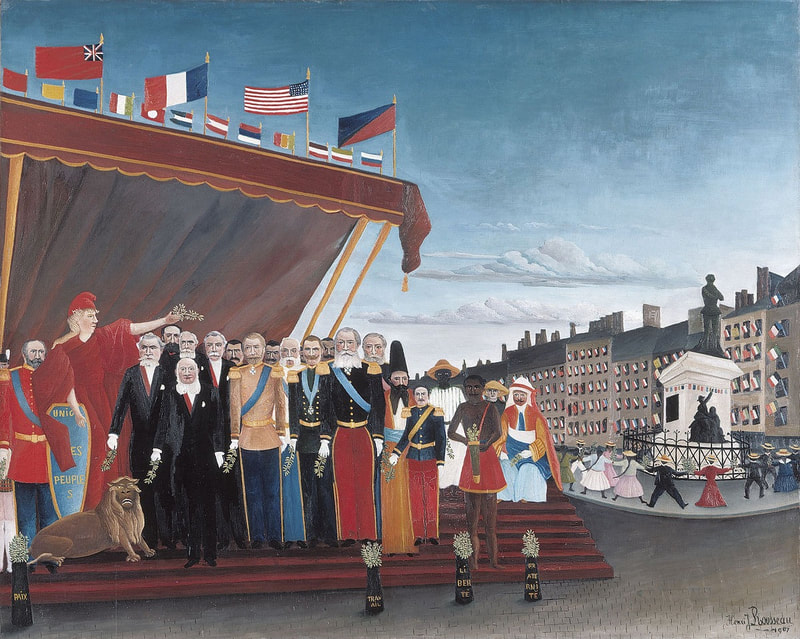 ACTIVITY
Produce a drawing or painting of a busy scene inspired by the 'naive' styles above. You might choose a familiar location - for example, the town centre on a Saturday afternoon, the beach on a summer day, or the school playground or dining room at lunch time. If possible, you might use some photographs or research some images to help with this. Importantly, do not overly worry about accuracy or perspective - the illusion of depth. Instead, consider some of these prompts:
- How might you enjoy giving each member of a crowd a unique appearance and identity, for example, through their clothes, body shapes, colours or actions?
- How might you create a sense of movement and bustle amongst a group of figures?
- How might you experiment with scale, proportions or perspective? For example, you might draw attention to certain characters or buildings by painting these larger than their surroundings.

Naive Art can be very appealing because of it's (sometimes) child-like, direct and unpretentious style. Often, Naive Art can appear simplified, flat or even distorted because there is no formal use of perspective.  Keep this in mind as you look at the examples in the next section.

A sense of perspective 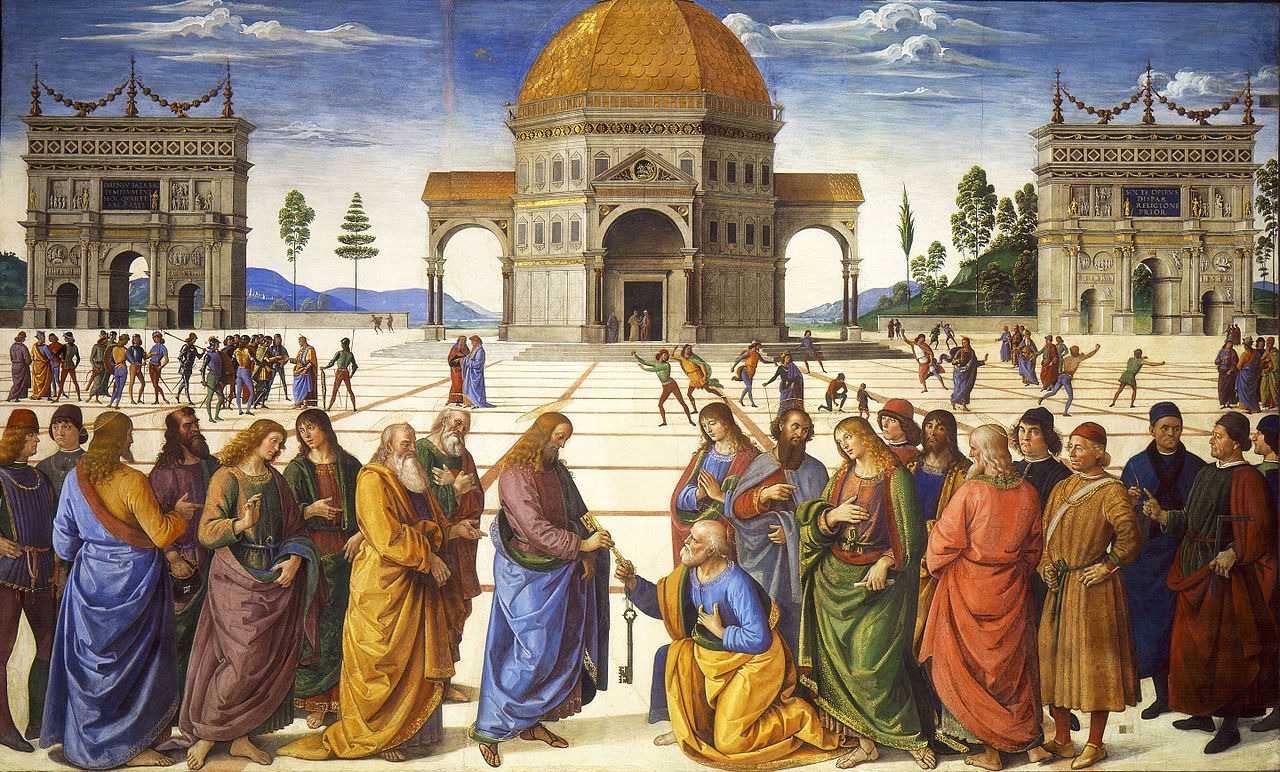 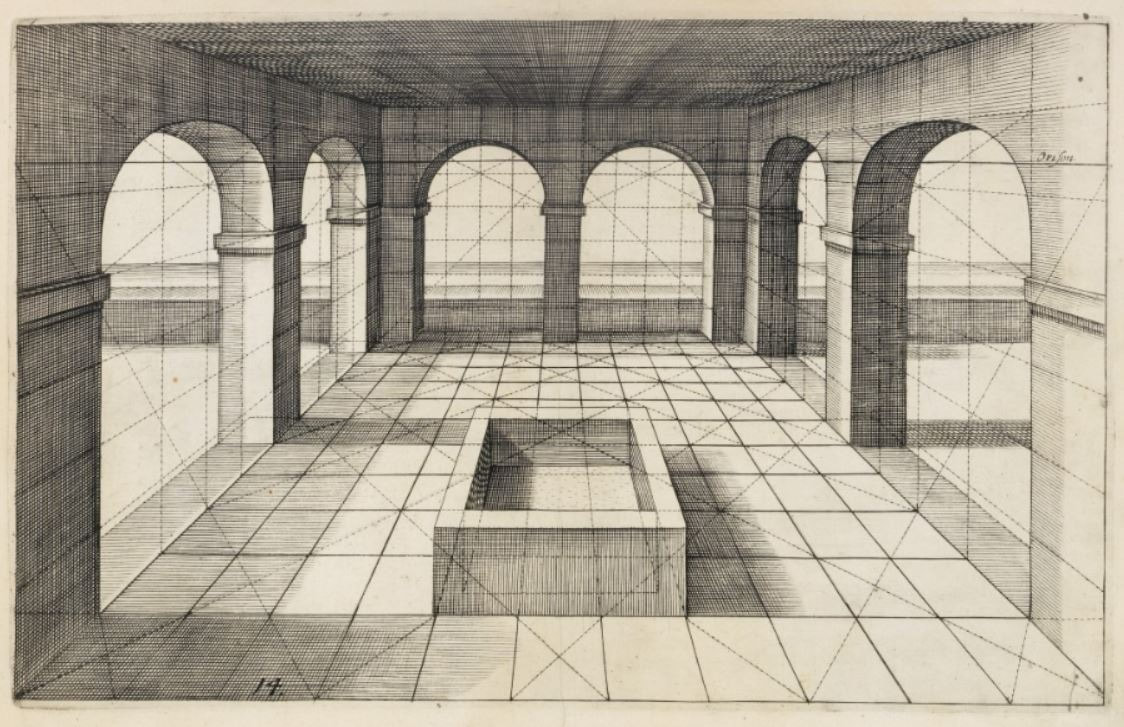 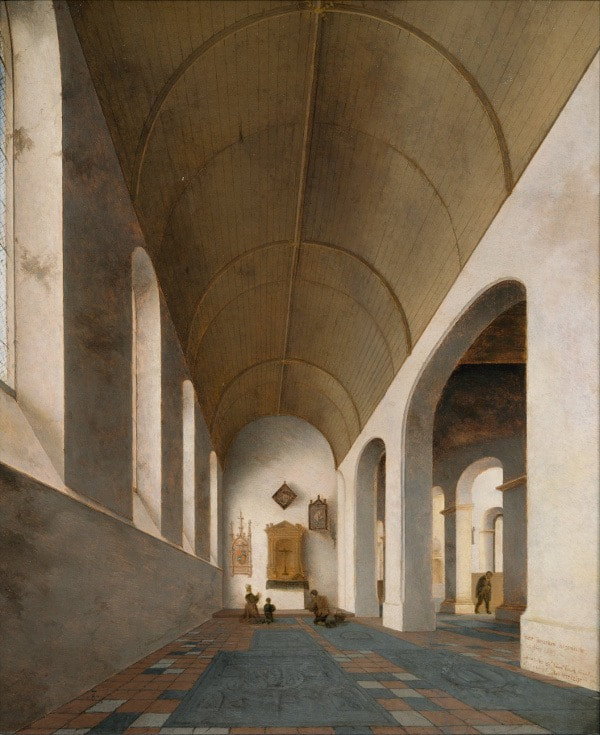 From left to right: Pietro Perugino's Delivery of the Keys (1482); a 15th Century Dutch print demonstrating perspective; Pieter Saenredam, 1645
Once you have experimented with one-point perspective, look carefully at the pictures below. How does your eye read these differently? 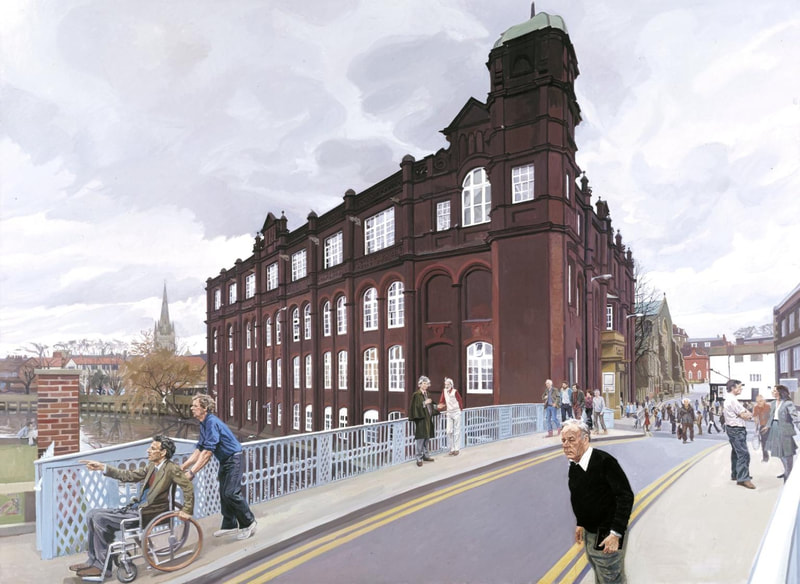 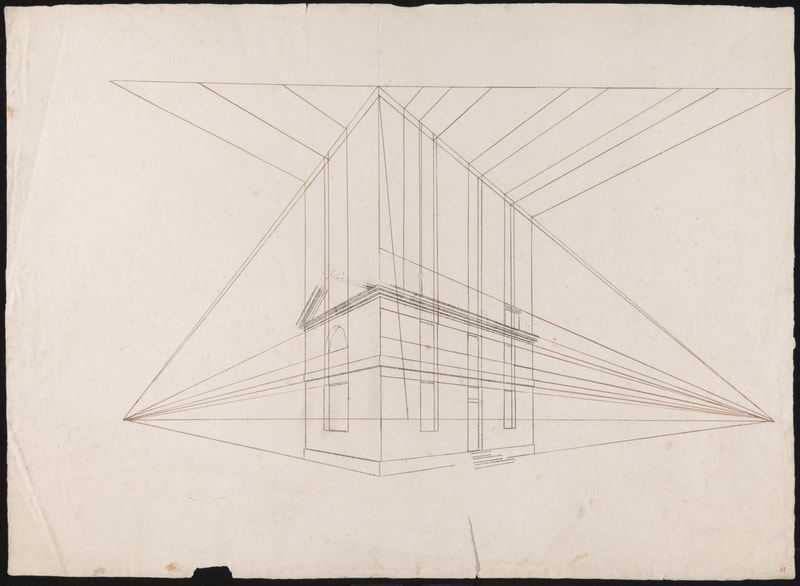 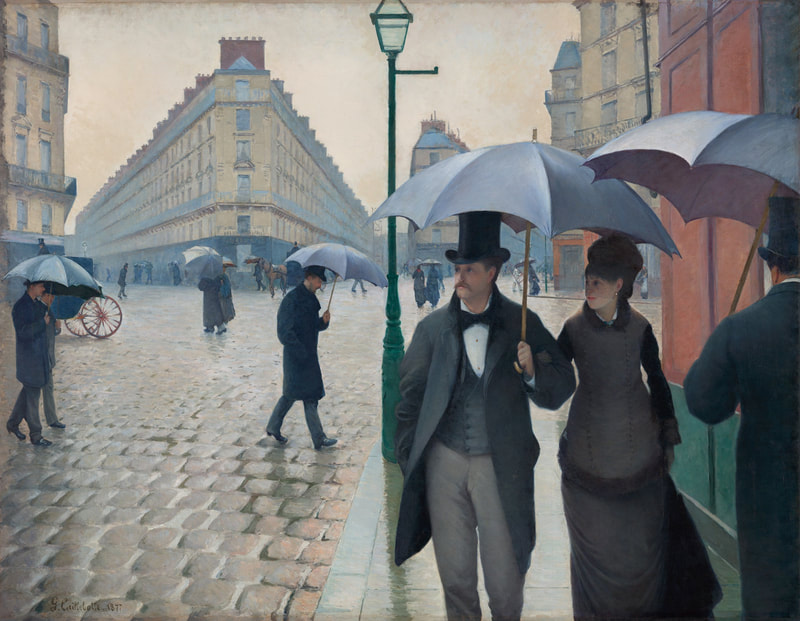 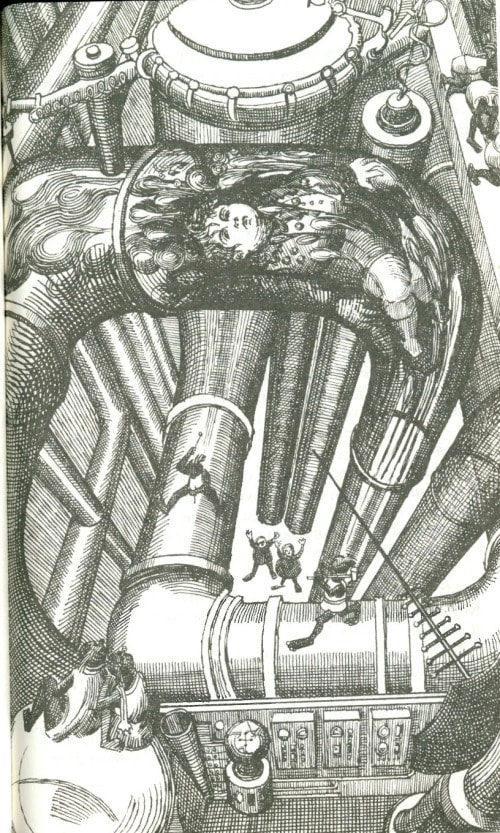 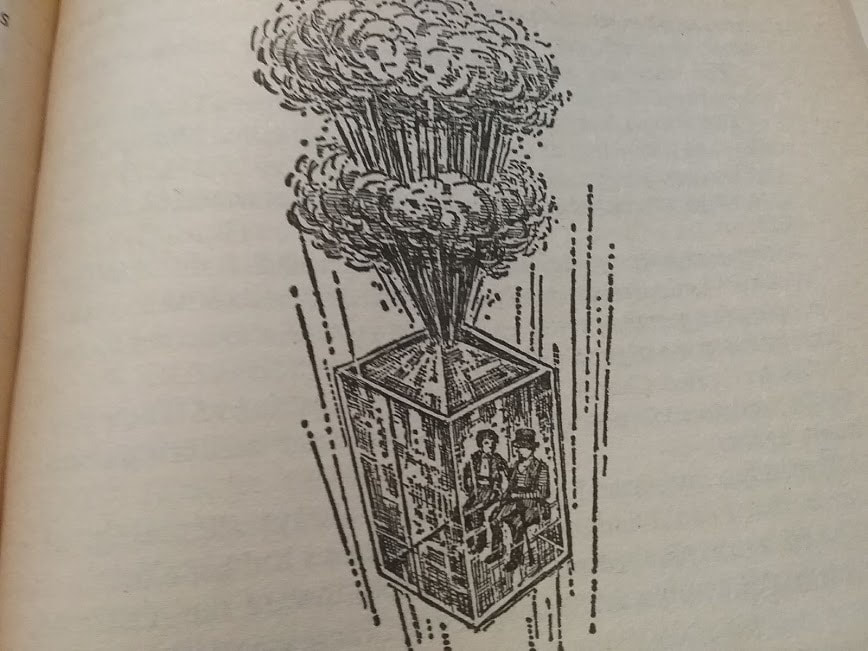 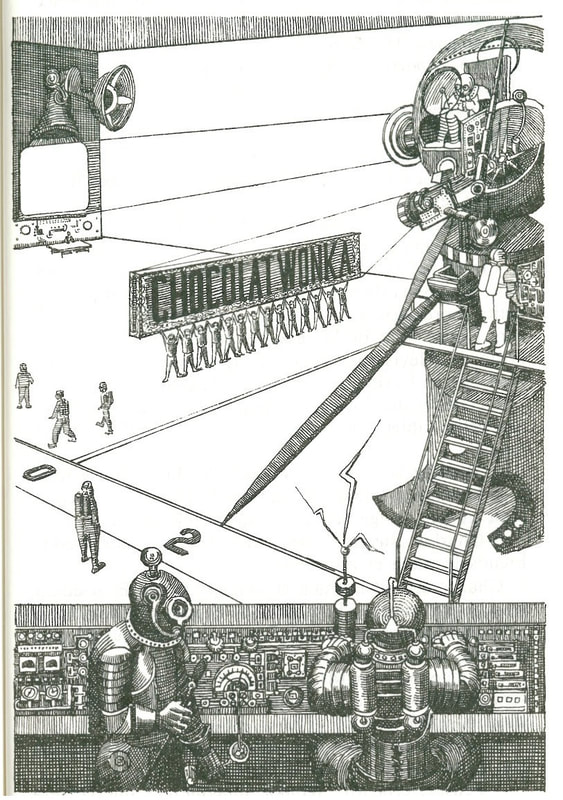 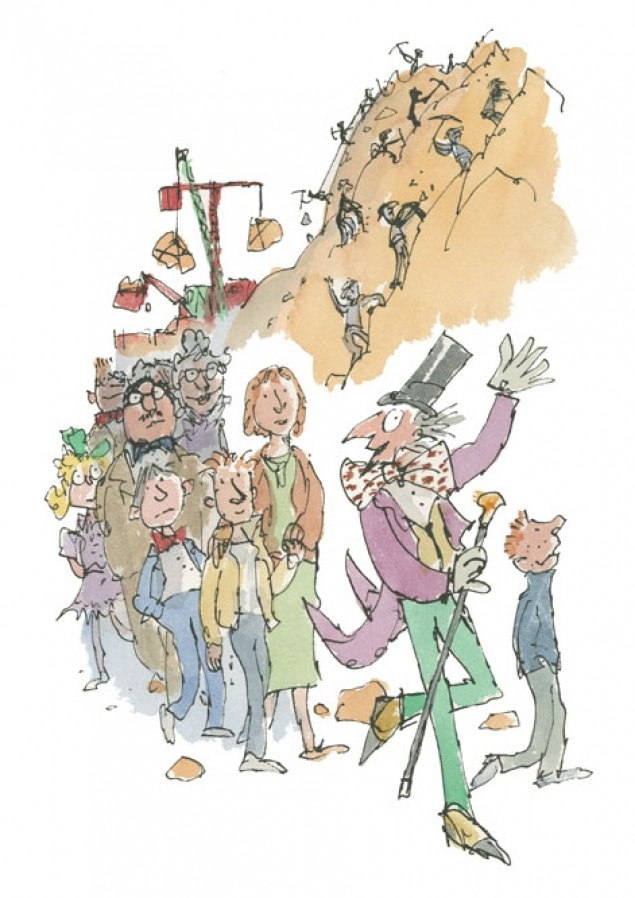 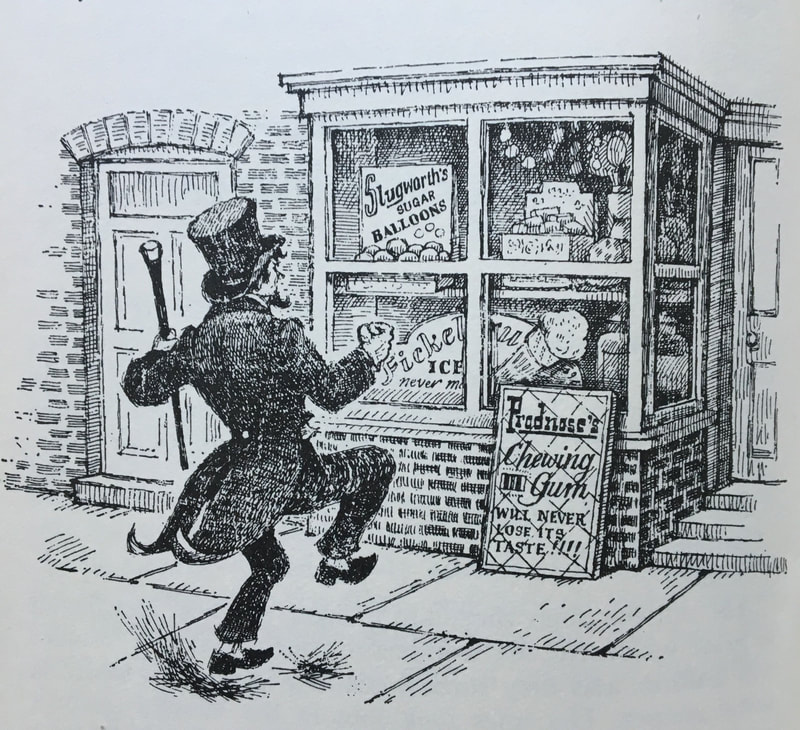