Chance became our trademark. We followed it like a compass.
HANS RICHTER

It's probably worth emphasising that this initial exercise is embracing 'chance'. It is something that artists do often, for example, to generate a starting point (as we are doing); through various means of delegating or relinquishing control; through embracing unpredictable methods of mark making. 'Chance' in art is often considered a Surrealist notion, but it might be suggested that since art's prehistoric beginnings - when humans first blew paint from their mouths, for example - chance has always been at play.

Our focus here is on how art 'communicates'. When we choose to look at art, for example in a book, on an Instagram feed or visiting a gallery, we will instinctively spend longer with some works rather than others. This makes an artwork generated by chance particularly beneficial for the exercise that will follow.  We might choose to pay increased attention because some artworks are 'eye-catching', provoke curiosity, have appealing subject matter; we might see something we recognise within an artwork, perhaps of ourselves or of our own lives. Yet beyond the obvious - personal tastes, appeals and interests - how we encounter artworks can also be greatly influenced by more subtle factors, for example, what else lies in close proximity; who we are with; our own moods, feelings and experiences in those surrounding moments of time. How art communicates with us (or others - or other things, even) is not fixed but always subject to change.

Consider your generated artwork carefully and respond to all the following prompts:

REMEMBER: RESEARCH DOESN'T HAVE TO BE A CLINIcal fact copying exercise. aim to also compare, contrast, connect and categorise your findings with your own experiences and perspectives.

Task 1 drew attention to notions of Traditional, Modern and Contemporary, while Threshold Concept 4 reveals how artists use (and abuse) traditions - both these resources might also help further.

Below are a small selection of examples where artists, for various reasons, have responded to existing artworks. Some of these couplings are immediately obvious, others are quite distinct in media, style and/or appearance. Some artists might be driven to respond through respect and admiration, others might be motivated to challenge, subvert, entertain, or simply benefit by association. Research the names and titles below the works to find out more. 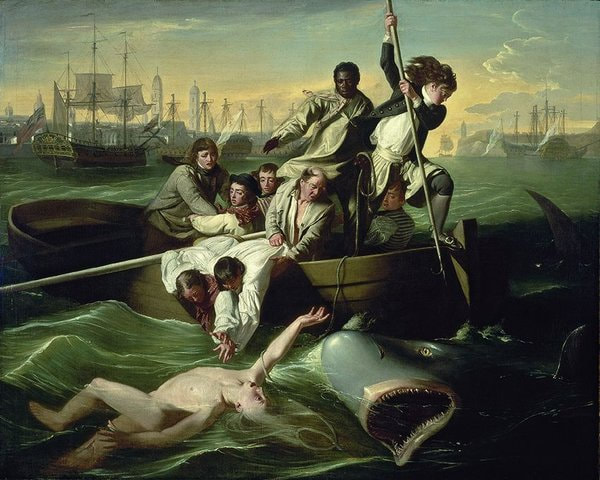 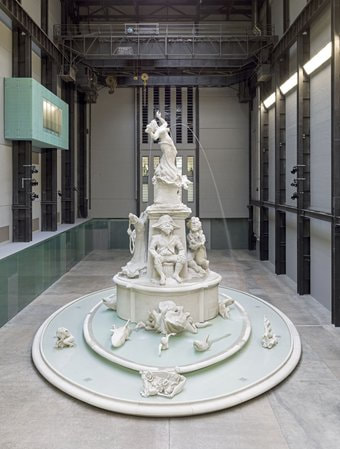 Kara Walker's Fons Americanus, 2019 (right) questions narratives of power and explores the interconnected histories of Africa, America and Europe. She uses water as a key theme, referring to the transatlantic slave trade and the ambitions, fates and tragedies of people from these three continents. The work takes inspiration from a wide range of sources including John Singleton Copley's, Watson and the Shark, 1778 (left). 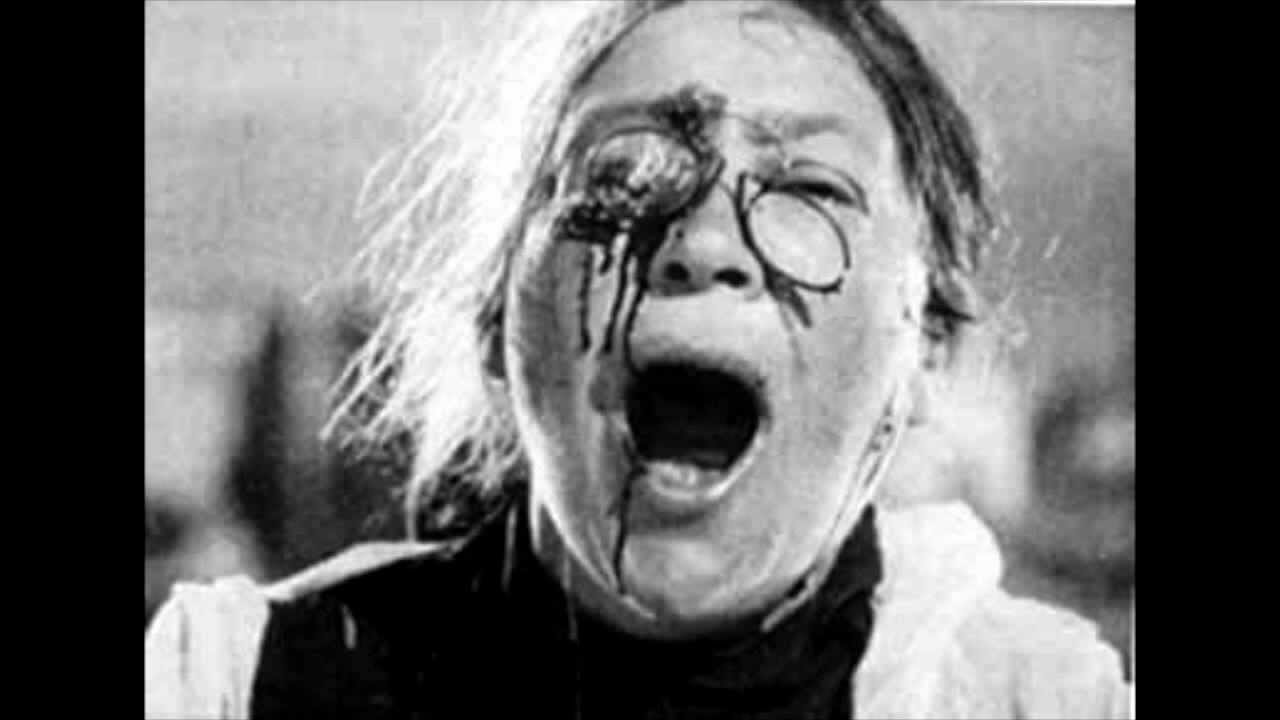 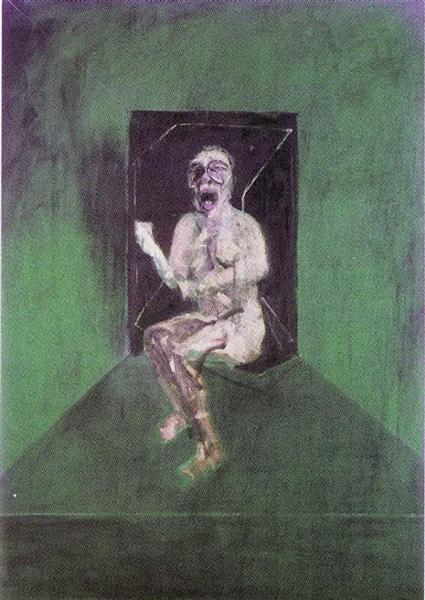 Battleship Potemkin (1925) is a film by Russian director, Sergei Eisenstein (film still on left). The work was a profound influence on artist Francis Bacon  who frequently referenced this in his own screaming figures, most directly 'Study for the Nurse in the film 'Battleship Potemkin', 1957. 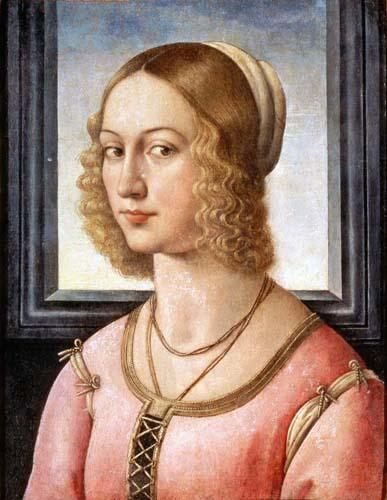 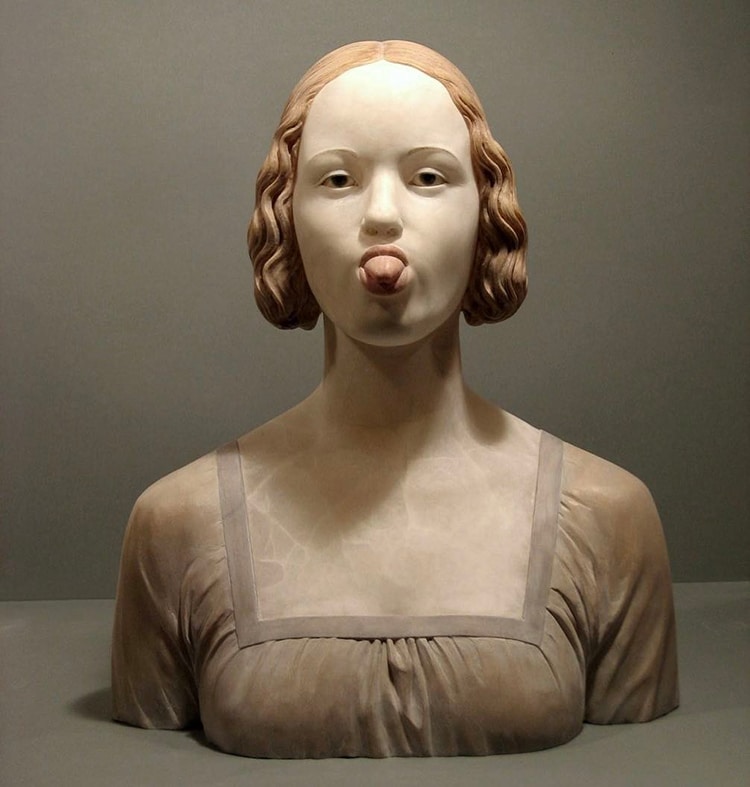 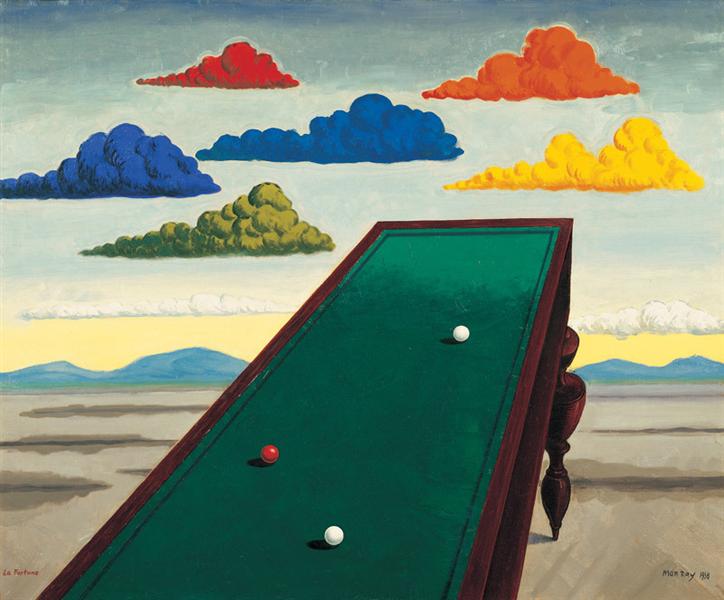 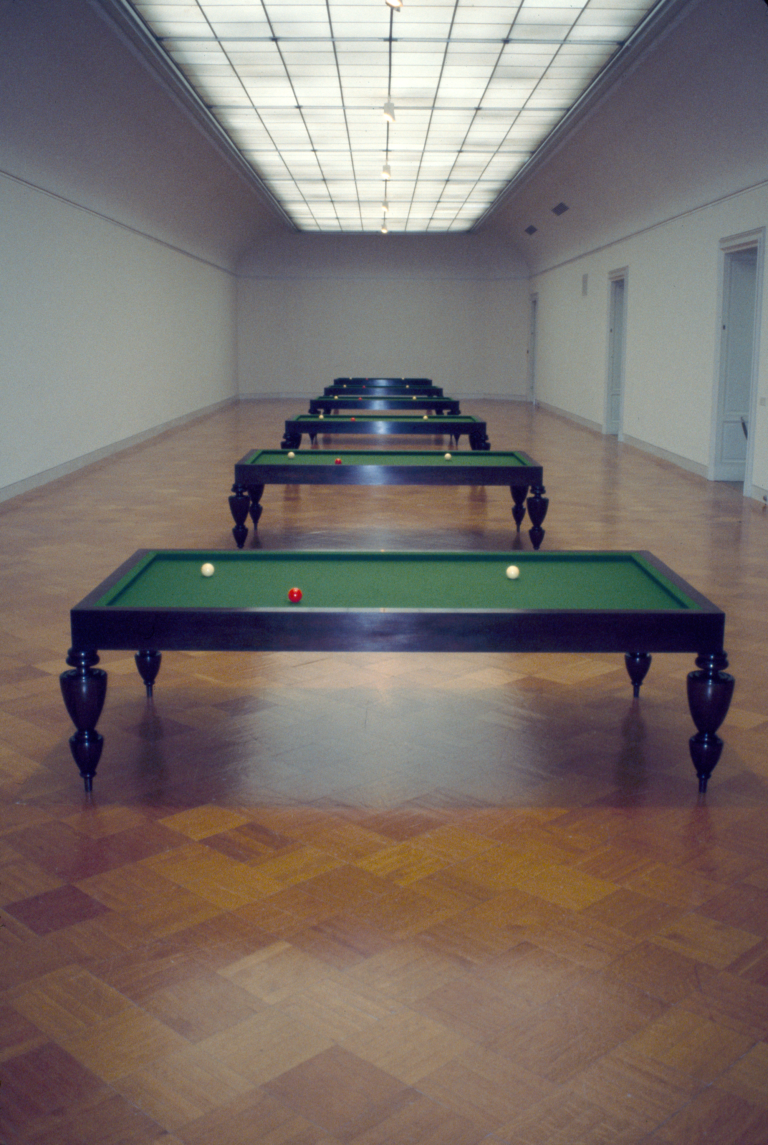 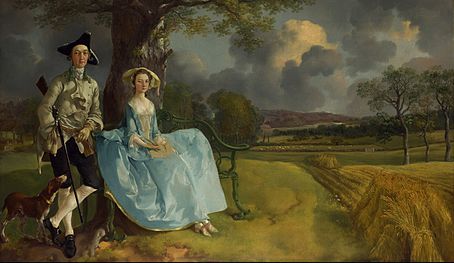 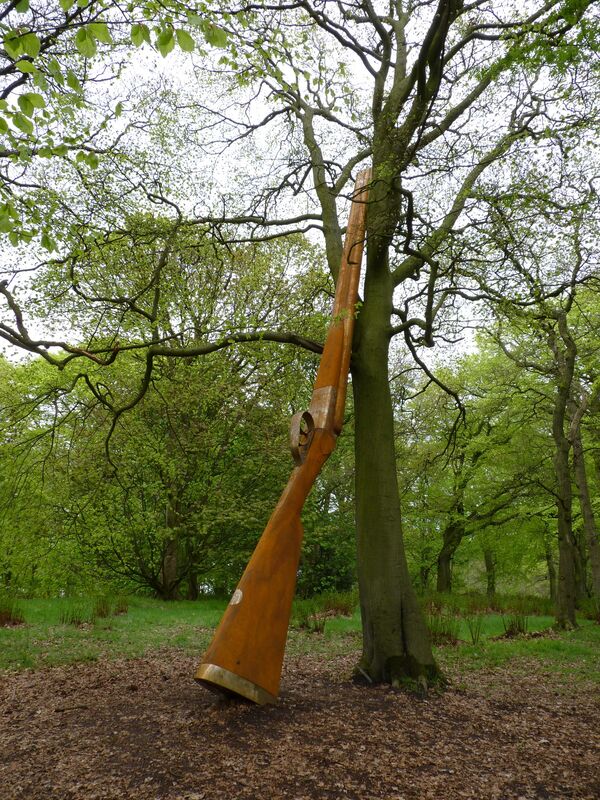 Cornelia Parker's Landscape with Gun and Tree (right) is both a response to her own fascination with weapons and a homage to Thomas Gainsborough's Mr and Mrs Andrew, 1750 (left). 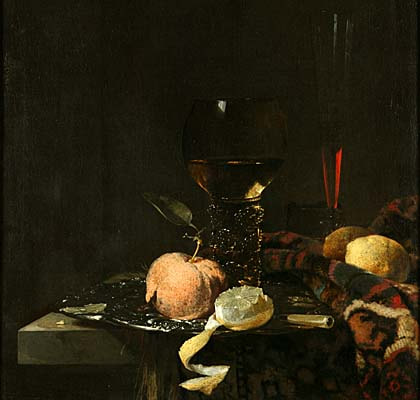 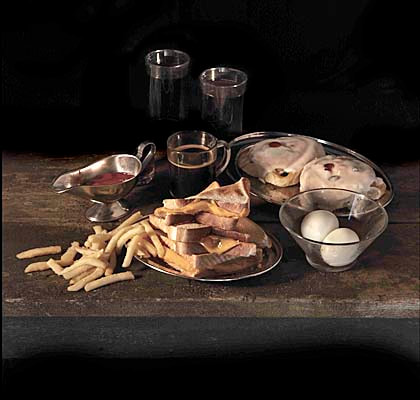 Mat Collishaw's 'Last Meal on Death Row, Texas', 2011 (right) is a series of photos of prisoners' final meal requests. These are photographed in the style of a 17th Century Dutch Still Life, such as by Willem Kalf (left). 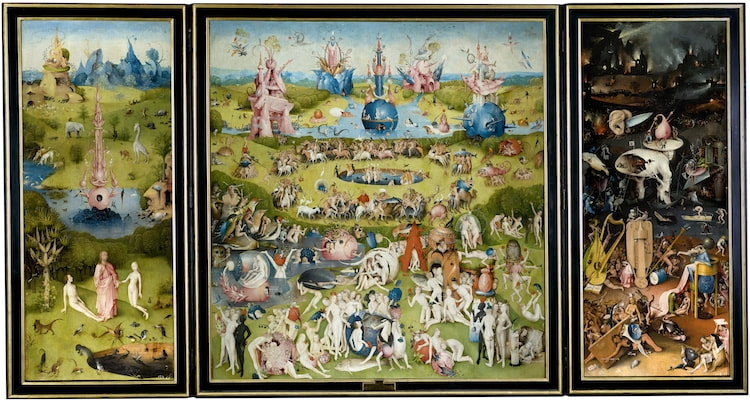 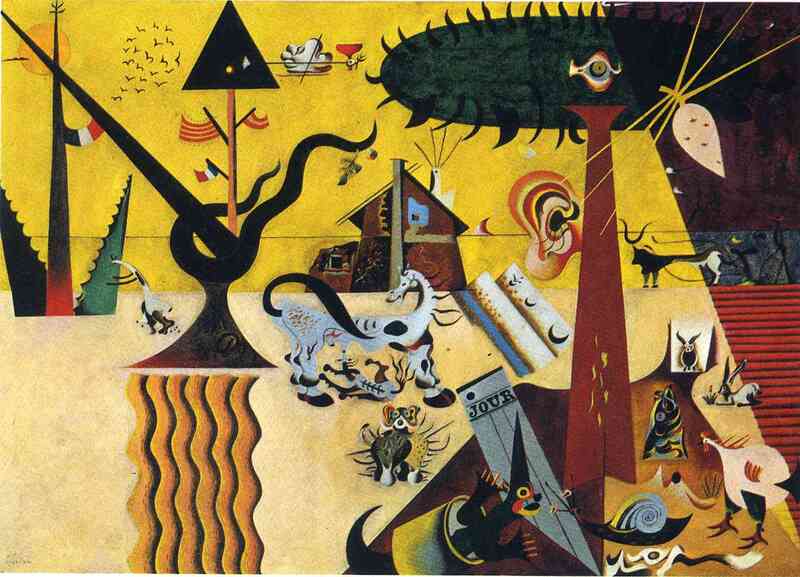 'The Garden of Earthy Delights' (1490-1510) is a triptych painting by Hieronymus Bosch (left) which greatly influenced 1923 Joan Miró's 'The Tilled Field' a view of his family’s farm in Montroig, Catalonia. 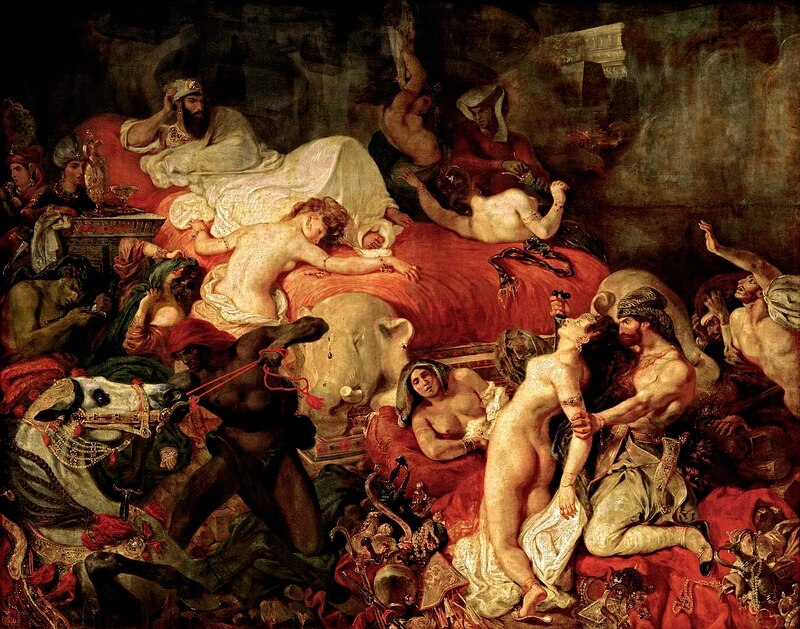 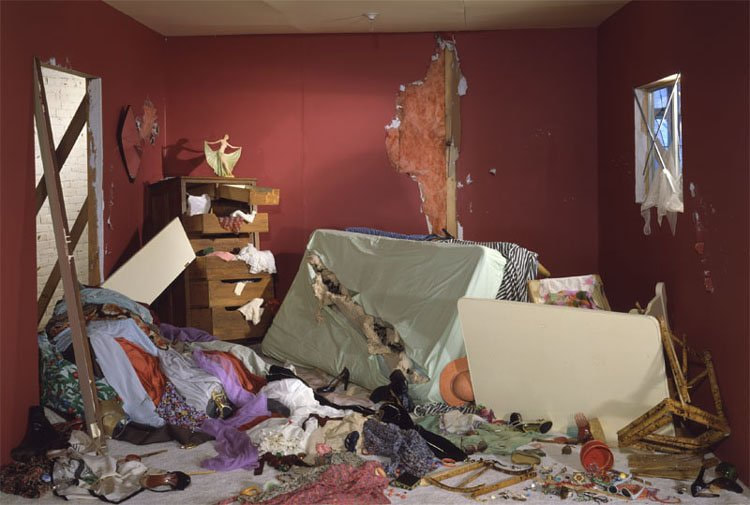 Jeff Wall's 'The Destroyed Room',1978 (right) is a contemporary photographic response to 'The Death of Sardanapalus', 1827 by Eugène Delacroix, which depicts the Assyrian monarch on his deathbed, commanding the destruction of his possessions and slaughter of his concubines.